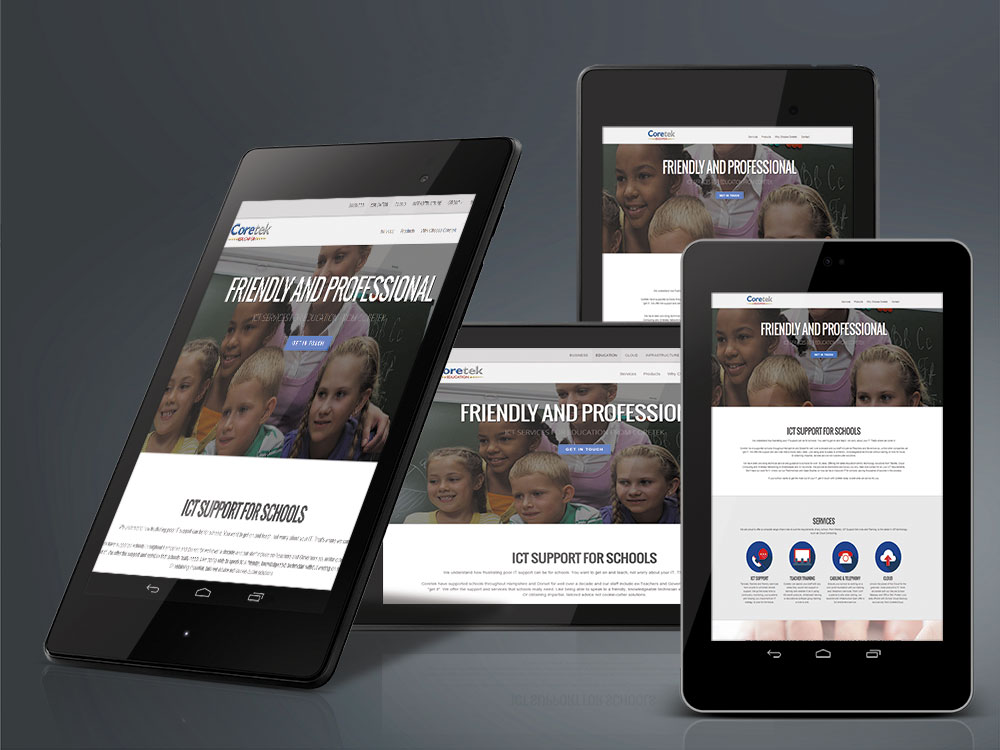 The Best Tablets for use in School

Tablets are becoming considerably more popular throughout schools. This is because students have been accustomed to the touch-screen smartphones for years. This is something that is familiar to them, they feel comfortable with and can use well. Tablets are a good way to capture the student’s attention, and keep them engaged whilst learning, due to interactive activities.

We have taken a look into some of the best tablets for use within a classroom.

Microsoft have completely revolutionised the tablet. They have made a tablet that can actually replace your laptop. This includes a 12.4 inch PixelSense screen, which gives a real-life picture quality. The weight is 757g which enables it to be extremely portable and you can therefore work on the go. You can work up to 9 hours uninterrupted due to the long lasting battery power.

The Surface comes loaded with the latest Pro Intel Core processors which make it more powerful than the previous Surface Tablet. You have options of either; m3, i5, or i7 processor depending on your budget. In addition, it is now a lot cooler and quieter when it runs.

This tablet runs Windows 10 and Office perfectly, meaning you can operate your desktop right from your tablet. Lastly, you’re spoilt with pre-installed apps on your tablet, legacy (i.e. traditional) Windows apps and those available from the Windows Store providing an almost limitless amount of apps to be able to use for all of your teaching needs.

This is priced at approximately £749.

The Dell Venue is an atom-powered windows tablet. It has been called ‘The Ultimate Business Partner’. It is a laptop is disguise. It has an 11 inch full HD Display, weighs up at 712.14 g and has 10 hours of battery life. You can wirelessly stream HD videos and photos from your tablet to a larger screen. The Dell Venue 11 Pro 7000 series is now powered by Intel’s Core M processors. You have the ability to attach a keyboard to the Dell Venue 11 Pro, this therefore enables you to be able to turn your tablet into a laptop.

This tablet is priced at approximately £463.

iPad’s are probably the most popular form of tablet. When people talk about a ‘tablet’ they generally think of the iPad.

The iPad is loved by both the students and the teachers. It delivers so much opportunity for a memorable learning experience. With an app store that holds over 500,000 Educational Apps, there is something for every lesson taught, all delivering at different levels to cater to the student’s needs. Take a look at our previous blogs: a complete list of Educational iPad Apps, and our favourite educational iPad apps.

The most popular type of iPad for use within in a school is a close contest between the iPad mini and the iPad Air.

The iPad Air 2 was released in mid-October 2014. The original iPad Air was 7.5mm in thickness, and now the new edition is even slimmer at 6.3mm with a weight of 469 g and a screen of 9.7in. The iPad Air 2 now has an A8X processor which is still 64-bit and has a new M8 co-processor. The newest feature is the Touch ID button, just like an iPhone. With 10 hours of battery life, this iPad will not need to be charged regularly.

The price of the iPad air 2 is approximately £399.

The iPad mini 2 is the most common iPad mini, although there has been a 3 and 4 since then. The iPad mini 2 and iPad mini 3 are almost identical. The only enhancement in the 3 is the use of Touch ID.

The iPad mini 2 has a 7.9in retina display screen with a weight of 331g. With 10 hours of battery life and an A7 chip with 64-bit architecture. The benefit of the iPad mini 2, is the price. Starting from £219, it is one of the cheapest, yet still delivers just as well as the mini 3.

The iPad mini 4 took quite a change. It is considerably lighter at a weight of 299g with the same sized screen. It has an upgraded A8 processor, colour-rich retina display, better cameras and it supports split-screen apps. The use of the Touch ID and the full laminated display has the upper hand upon the mini 2.

This iPad mini 4 is priced at approximately £319.

As a bonus with this tablet, you get “Microsoft Office and 100GB of OneDrive free for two years.”

The price for the Samsung Galaxy Tab S2 is approximately £319.

The Google Nexus 9 is an Android tablet designed by HTC. It has an 8.9in screen, weighs 425g and is protected with gorilla glass. There are front-facing “BoomSound” speakers which enables the music and audio to be richer. Due to the 64-bit processor, it is easy to watch videos, check email and tweak documents.

The Nexus 9 has Android 5.0 Lollipop, which is a version of Android OS developed by Google. The Benefit of Android Lollipop is that a refreshed notification system has been introduced, and battery consumption has been improved.

Something to think about before ordering 30 tablets to be used in a single classroom would be your current Wireless System. When was it installed? What is the speed like when browsing the internet or streaming a YouTube video? If you think the speed is slow when you’re the only one using the wireless, how do think your 30 pupils all trying to access online content at the same time are going to find it? Chances are, if your wireless system was installed more than 3 years ago, it’s going to struggle with the demands of a modern day classroom.

Luckily, this is where Coretek can come in to save the day. We can carry out a survey of your current wireless system, which will provide an in depth report evaluating your system as it stands and showcase our recommendations for a new Dell SonicWALL system.

The approximate price of a Dell SonicWALL 802.11AC Wireless System with 10 Access Points is £6000.

So these are a few of our chosen tablets that we feel are best for use within Education. They all supply a wide range of apps that will cater for any lesson, but each tablet is completely different to the next. There are the Windows tablets that are great for the use of attaching a keyboard to the screen, therefore transforming it into a laptop alternative. Apple tablets have the most extensive app store, having something for your every single need, and they are very lightweight. Then lastly, the Android tablets are very reasonably priced and there are a whole variety of Android tablets.

If you need any advice or help, please contact us at enquiries@coretek.co.uk.