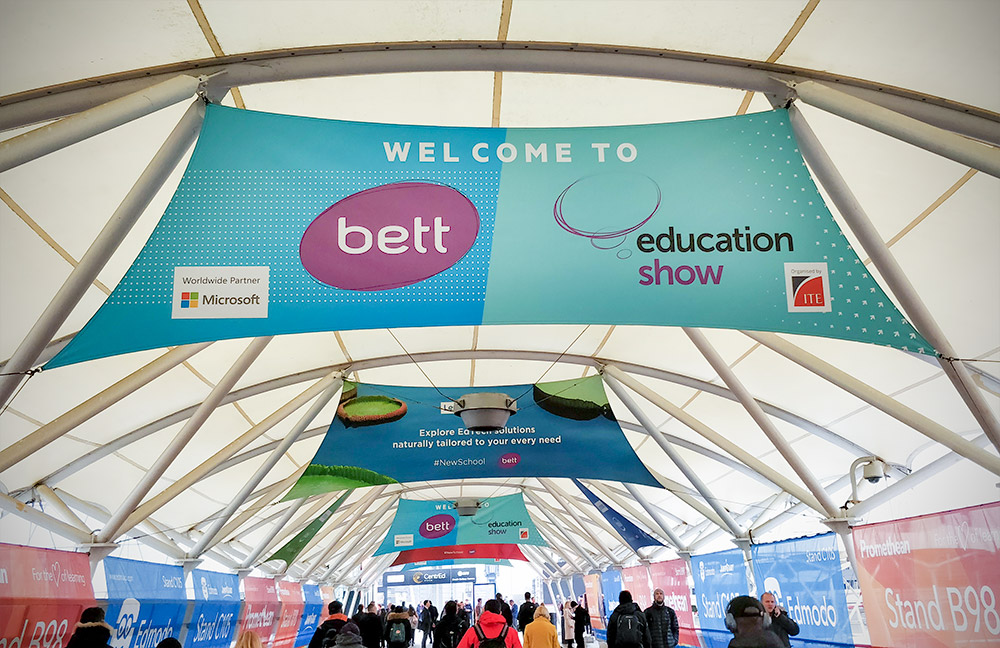 BETT Show 2019 is now over for another year. We were there so read on to find out what we saw, what we liked and what the future holds for technology in education over the next few years.

If you didn’t already know, BETT is the largest educational IT trade show in the country and one of the biggest in Europe. It is THE place to find out about the latest ICT technology and exhibitors include Microsoft, Dell, Google, Adobe, Smart, Promethean and many more. 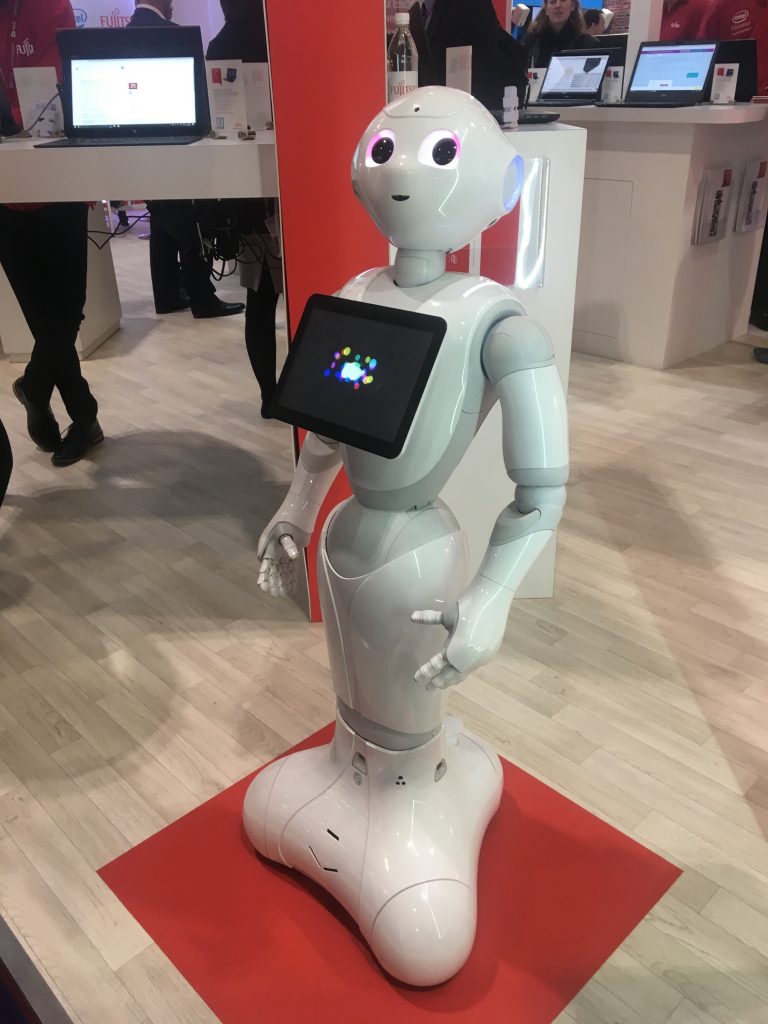 For anyone who has read any of our previous BETT show reviews, there is always a recurring theme that emerges every year. A few years back iPads were everywhere, more recently “cloud” was the buzzword at every stand.

This year however, there was no clear standout trend throughout the show, which was surprising. Having said that, one thing that we noticed is that there is a clear shift back towards more tactile, physical tech this year. There were numerous robots, roamers and control devices throughout the arena. On the TTS stand, an off-road programmable robot was negotiating big dirt hills, ramps and bridges with ease. A great way to make learning basic programming fun. Programmable Lego was also very popular in this year’s show, with SAM Labs having some really interesting displays on their stand with elaborate Lego robots and models being used by the pupils. 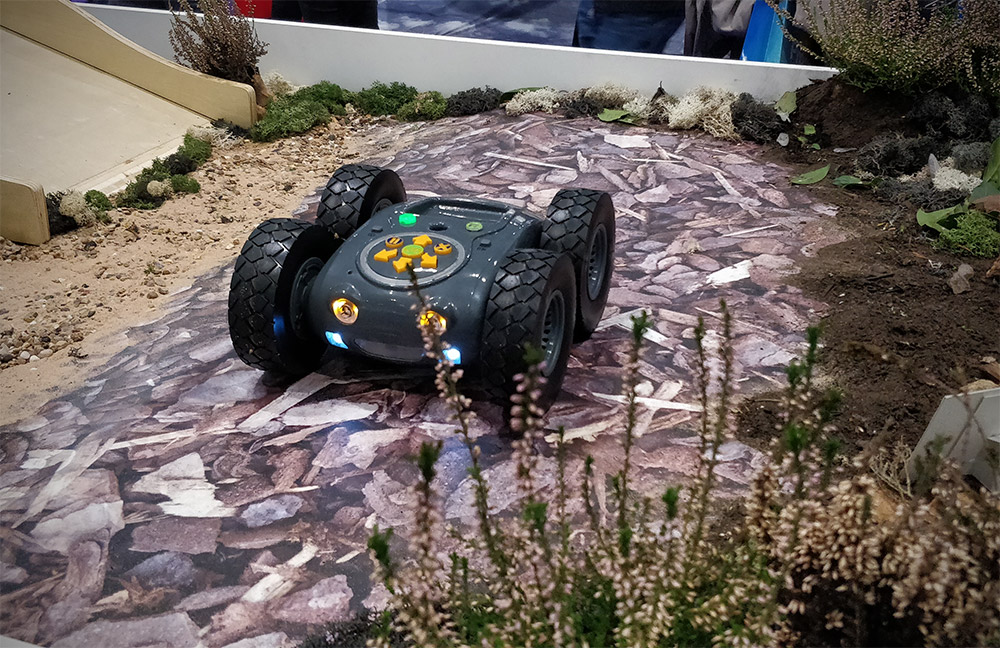 The latest in audio-visual technology

AV is always a big part of the show and we made a point to see what the biggest brands like Smart, Promethean and Prowise had to offer. As for any changes since last year, there have been very little. IFPs (Interactive Flat Panels) surpassed Interactive Whiteboards as the AV standard in schools a few years back and they have been available in various sizes for some time. The new models on offer may be slightly thinner but we saw no noticeable difference from current models. 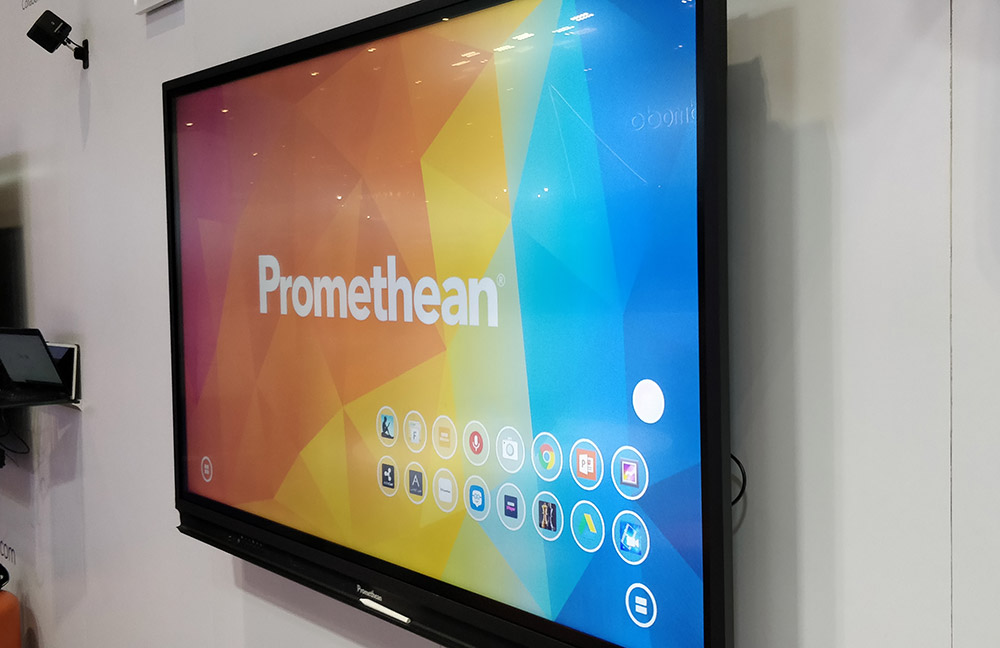 Software highlights of the show

All of the big names had demonstrations on their latest apps and programs for education. Microsoft are putting a great deal of effort into the educational market with Office 365 and Minecraft proving very popular. Adobe had some great demonstrations showing their Creative Cloud apps like Adobe Spark for easily producing video slideshows and Adobe Premiere Rush for video editing. Impero announced their latest update to their classroom monitoring software with a simpler, cleaner interface and new features to help with GDPR compliance.

An interesting change this year was an increase in cost-saving measures and ways for schools to purchase technology on a budget. There were several refurbished PC stands and even budget price projector lamps. Whether this can be attributed to the impending Brexit or a reduction in school budgets, this will be worth watching over the next few years.

Our personal highlight of the show had to be the DeLorean over at the ClassVR stand, which was an exact replica of the model from the Back to the Future films. This was certainly a head-turner! 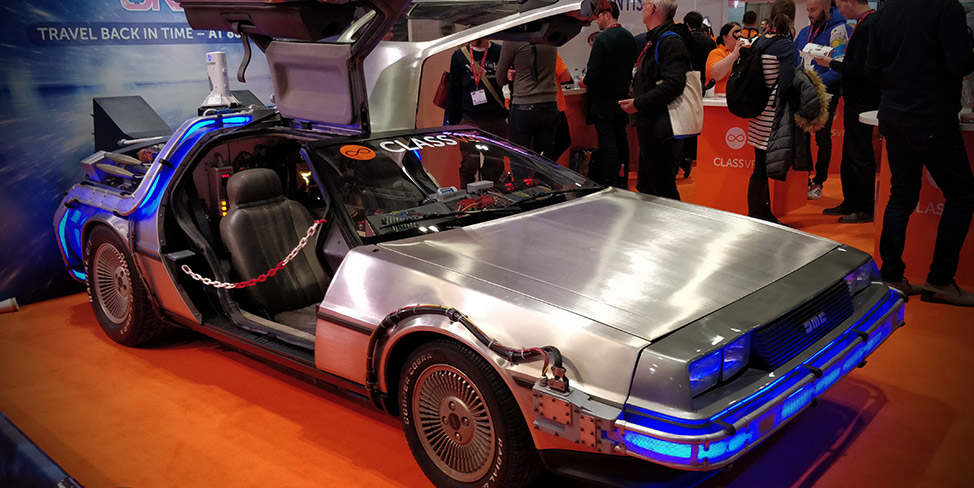 This year’s BETT show was great fun as always and it was great to see what new technology is out there. See you next year!