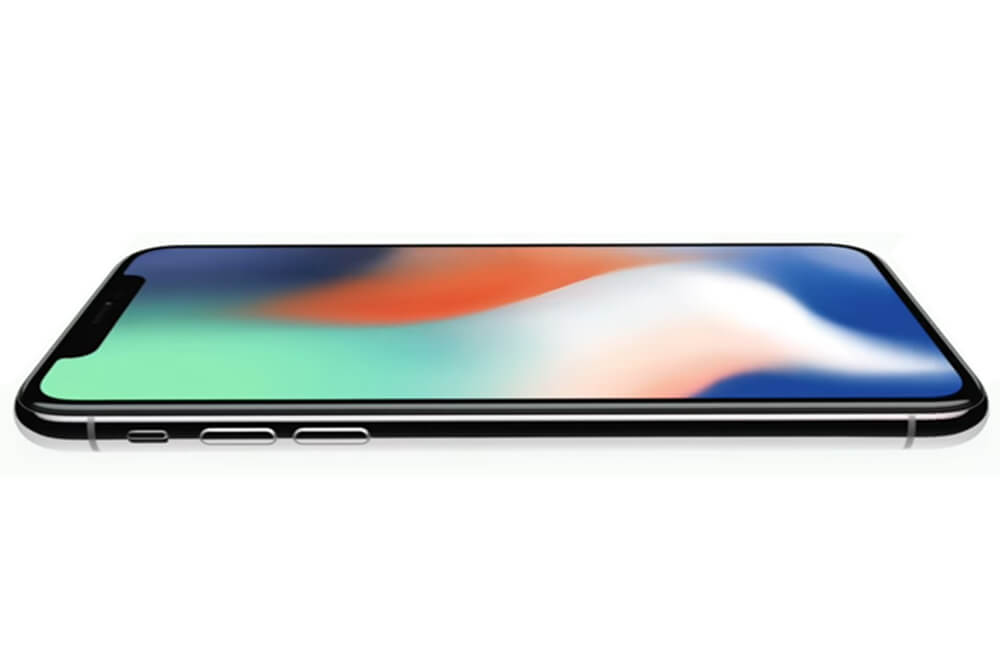 The iPhone X – the biggest product launched by Apple this year. It celebrates the 10th anniversary of Apple’s iPhone, with the ‘X’ being pronounced as 10.

The new iPhone has an 5.8 inch OLED screen, a glass front and back which is said to be the strongest used yet, as well as being waterproof and having the ability to wirelessly charge. The OLED screen fills the majority of the front of the device excluding a small black slither at the top. This is a bar that includes the front camera, the speaker and microphone, an infrared camera for face recognition, proximity sensor and a floor illuminator as well as an ambient light sensor and a dot projector. These are all in the very small section at the top of the iPhone X. There is no longer a home button just a simple swipe up to access the home screen. The improved cameras have a 12Mp sensor and a new telephoto camera with Optical Image Stabilization (OIS).  As well as OIS the rear cameras have a fast lens which creates incredible photos and videos, in any light.

The phone can now be unlocked with Face ID, a facial recognition software that recognises your features and unlocks the phone. Face ID is enabled by the TrueDepth camera, it maps your face with over 30,000 invisible dots so that it can recognise you in any lighting or style. You can also use the Face ID for Apple Pay and customising the new animoji.  A new feature in Portrait mode is the Portrait Lighting. Get studio-quality lighting effects. Animoji combines animations with emojis. It captures your facial expressions and muscles and portrays them on an emoji. So you can simply turn yourself into an emoji. Another development with the iPhone X is that it has been tuned for Augmented Reality. This has been done by Apple specially designing the cameras to be optimised for the technology. Augmented Reality is the technology that uses a phone or tablet’s camera and a specific software to put virtual images on top of the real-life images.

The phone is powered by the A11 Bionic, This is the ‘most powerful and smartest chip ever in an iPhone’ as stated by Apple. There is a neutral engine which is capable of up to 600 billion operations per second. There is a 70% faster CPU and two 25% faster performance cores. Machine learning powered by the A11 Bionic, enables to Face ID to adapt to physical changes over time. The A11 chip was also designed to improve the performance of the AR apps.

If this phone takes your fancy then you will have to wait a little while until you can get your hands on one. With the official pre-order date being the 27th of October and the official release date being the 3rd of November. Expect to be set back $999 for the 64GB version and $1149 for the 256GB version.