Should I Upgrade to Windows 10?

Windows 10 could potentially be Microsoft’s best operating system yet! If you’re using Windows 8.1, then it’s a no brainer to update. However, there is no need to rush into it.  There is so much to see in Windows 10, but bear in mind that the OS is still in its infancy and is being continually updated. We recommend you carry out a few checks before hitting that ‘upgrade’ button, which we will cover later on in this article.

A lot of people are looking at the prospect of Windows 10 vs Windows 8.1. So we decided to outline the key changes and features in that are said to come with Windows 10.

Windows 10 now has brought back the start menu. This start menu brings together the Windows 7 classic start menu, then to the right of that is the Windows 8 start screen. You can alter the tiles on the menu, create folders and more. 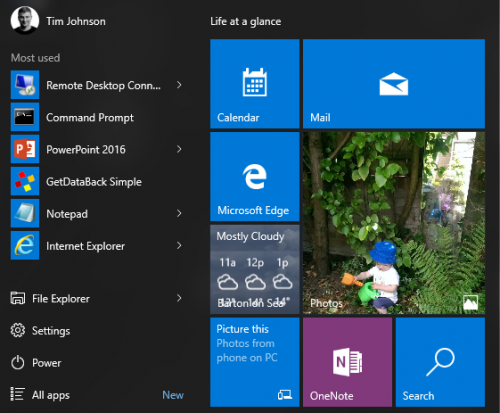 Cortana is a personal assistant. Cortana gets to know you and helps you get things done. Cortana is also very good for reminders. Cortana will appear in your start bar and you can type things or speak to her. You can also pin her to your task bar for easy access.

Microsoft have decided to create a web browser of their own. It is a faster and more streamlined browser. One of the main new features that Microsoft Edge brings, is the ability to annotate/draw on your web page. Another is that Cortana integrates with this web browser.

When using Windows 10, you can now view up to 4 apps all at once, on the same screen. This has been introduced as ‘Snap Assist’. This features helps you to be more productive on your desktop. 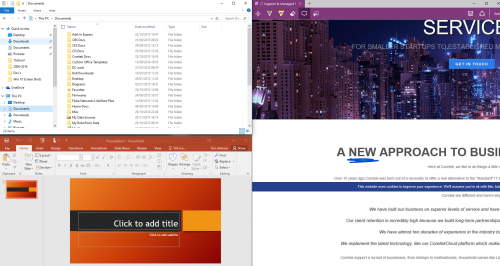 The use of multiple desktops means that you can have a series of desktops with different apps being used on each individual one. So you could have one with your work, and one with your games. So you can freely swap between the two easily.

For those who are gamers, Windows 10 will come with the Xbox app. Which has the features like recording game play, competing against console players and streaming games from your Xbox to your Windows 10 PC.

This new feature is good for those who have 2-in-1 (i.e. Hybrid) devices such as the Surface Pro 3. If the keyboard becomes detached, or if the screen flips around, then the user will see a pop up asking to go into tablet mode. This then means that the apps that were previously being used in desktop mode, now take up the whole area of the screen.

Windows hello aims to eliminate password through use of fingerprint reader and face or iris reader. This is a way to ensure that consumers do not have to remember a whole range of passwords.

So you therefore have plenty of time to back up your data, make sure your applications will work and to check that Windows 10 drivers have been released for your computer. Doing this will ensure that the upgrade goes as smoothly as possible. If you’re sceptical, try it out in a local Microsoft store, or ask any friends who have it.