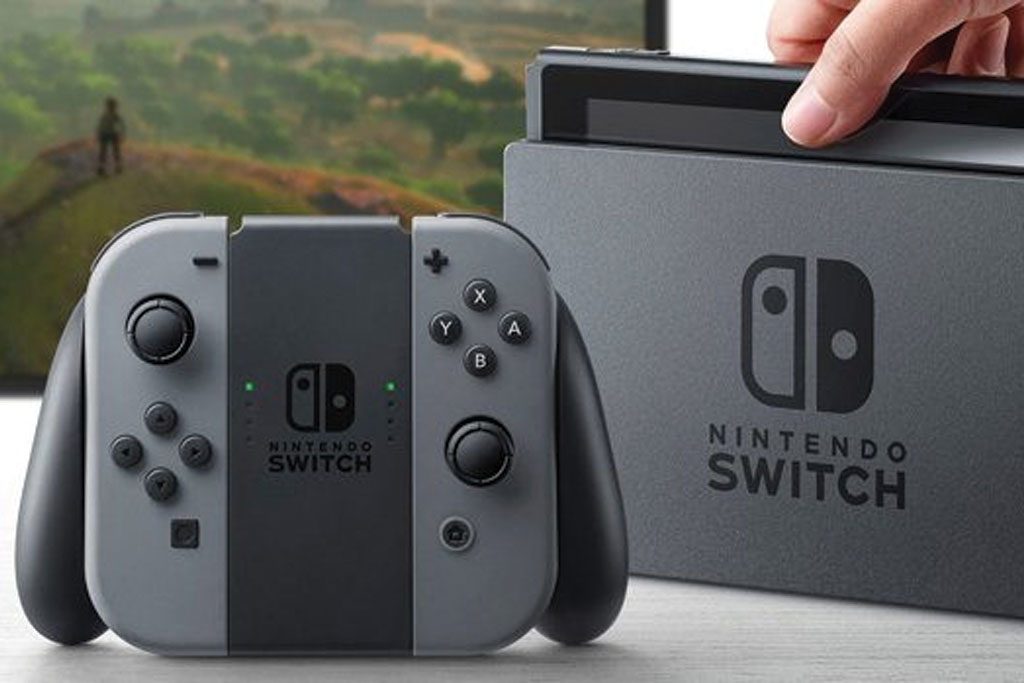 We have taken a look at some of the latest gadgets to come out of 2017. Because, who doesn’t love an awesome new gadget to play with?! Here are our top five picks.

Following on from the discontinued Samsung Galaxy S7, Samsung have recently unveiled the all new Samsung Galaxy S8. They really have gone all out on their new smartphone. There is a larger screen with a 5.8inch display which is curved and the S8+ has a 6.2 inch screen making it the largest smartphone screen on the market. Also an 10nm processor with the possibility of expanding the memory to 256GB. There is no longer a physical home button but a virtual one instead. There is also a new AI assistant called Bixby which takes on the likes of Apple’s Siri and Google’s Now assistant. With a fingerprint scanner, iris scanner and all new dual-cameras, this really is a show stopper. Find out all about the Samsung Galaxy S8 here.

Nintendo have recently released a brand new console called the Nintendo Switch. This is a console that can be used as a portable device or can be docked for use with a television. The process of docking and undocking the device takes seconds.  You can quite literally play it anywhere. This hybrid machine is a tablet that has 2 detachable controllers. You can remove the small controllers from the tablet and attach them to an included grip or you can use them solo in your hands. You are also able to purchase an additional controller that will also work with the device. You can buy the Nintendo Switch from £279.

Flow by Plume is a quality air tracker. It can track, monitor and reduce your exposure to air pollution around you. This can work inside, outside and anywhere you go. It comes with a leather strap so that you can attach it to anything. Flow has 360° of air intake and an LED interface. You can receive tailored air quality alerts and therefore discover the ways to escape pollution. Within the app that comes with this device, you can see on a map where there are areas of clear air so you know where to visit. You can connect your phone via Bluetooth. This is a gadget for those who are looking for a healthier lifestyle. Pricing has not yet been released so keep an eye out on Plume’s website to get a hold of one.

This is a gadget that we use single day. A toaster. However this is not any ordinary toaster, it is a Smart Toaster. One of the features of this toaster is the app that comes with it. The app connects via Bluetooth. There is a slider within the app with an icon of a white piece of toast at one end and a black piece  at the other. You can slide up to your preferred setting. Within the app you can also select settings such as how my pieces, whether it is bread, a muffin or something more. Your settings can they all be remembered within the app. So, is it really necessary? Probably not. But it just goes to show how far our technology is developing. If you want to purchase it, the Griffin Connected Toaster will set you back around £100.

Kuri is a little home robot with a shed load of cheerful personality. Kuri has a capactive touch sensor in the head area, these enable Kuri to respond to human touch in a personal way. This is done by a tap to the head and Kuri will look up to the human and chirp affirming. Behind Kuri’s eyes there is a camera which can capture HD pictures and videos. This is good for when you are not in the house, you can see a live stream. Kuri is able to blink, smile, look up and down as well as looking side to side. Microphones installed enable Kuri to hear and react to your voice. He can also hear and detect strange noises and know which way to go to investigate. Different colours appear in the body of Kuri to portray different emotions. Mapping sensors enable Kuri to navigate your house. The sensor helps Kuri to remember where everything is located and stay away from obstacles. Kuri can also entertain by playing songs, podcasts and more. This exciting cute robot is available for pre-order now for £466. You can expect to receive Kuri around Christmas time this year. 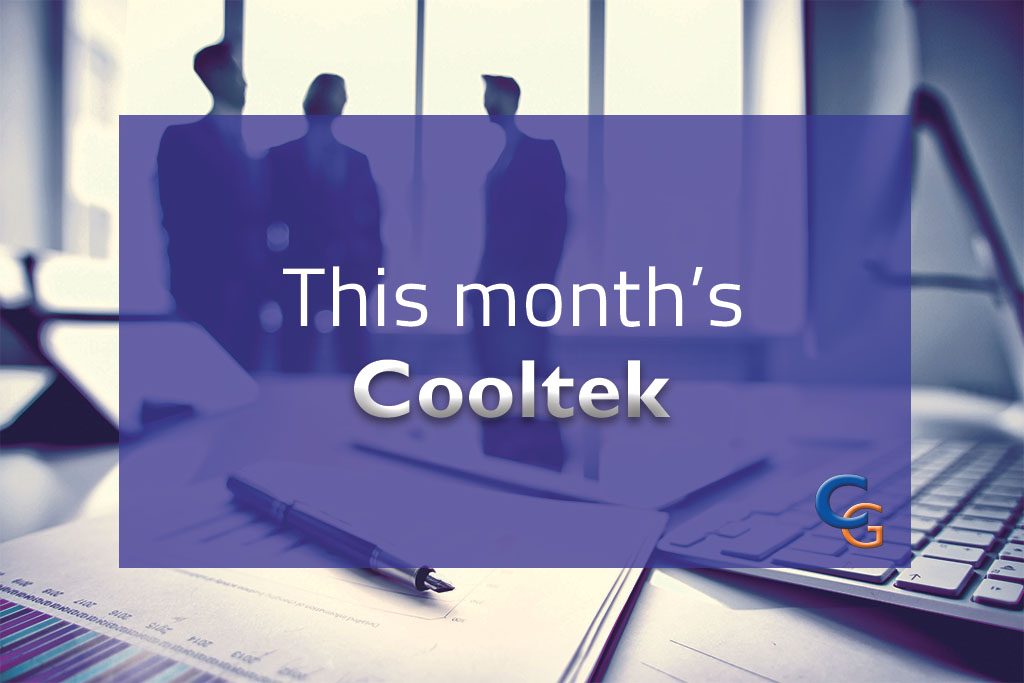 Our pick of last months best gadgets includes the latest from futuristic cars, easy scheduling software and brand new phones. Our team has taken a look at what new developments have taken their fancy throughout this past month, read on to find out more!

The first thing that has impressed our team this month is Doodle. Doodle is a tool that simplifies scheduling. You can find the date and time to meet people quickly and efficiently with Doodle. You begin by suggesting dates and times for your events participants to choose from. Doodle then creates a polling calendar that can be sent to participants for feedback. Doodle then looks at the best available times for the participants and gives you the best option for everyone.

If you are an Apple user you could be in store for an update. Apple is rolling out iOS 10.3 for the iPhone, iPod and iPad. The new update brings a lot of additions such as Find My AirPods, a new filesystem, CarPlay and more. They are also introducing a way for developers to reply to app reviews. There will even be iCloud analytics introduced for the first time ever.

Samsung have just released their brand new Galaxy S8. This new phone is very promising and has caught the attention of many. It comes with an infinity screen, no buttons on the front, a fingerprint scanner on the back and an iris and face scanner. The S8 screen is a rather big 5.8inch and then the S8+ is a whopping 6.2inch. But they have said it does not feel too big at all. The 12MP camera is very fast and captures things as they happen. The Samsung Galaxy S8 is even waterproof and can be immersed into 1.5 metres of water for up to 30 minutes!

Our team love the addition of the new personal assistant, Bixby. This is a rival for Apples Siri and Google’s personal assistant. Bixby understands speech, text and taps. He even recognises objects through the use of the camera. For example, if your camera shows a watch, then Bixby will search watch and will provide you with other images of a watch and will even take you to Amazon to buy a watch. Overall, it is looking to be a promising phone. Check out more about the all new Samsung Galaxy S8 here.

BMW have unveiled their latest creation the BMW HoloACtive Touch System at CES 2017. This is an interface between the driver and the vehicle that acts like a virtual touchscreen. So for the first time ever, functions in a BMW car can be controlled without any physical contact with materials. Their system for the driver interface, which behaves like a virtual touchscreen means that your hands float in the air when gesturing to control the vehicle functions. The interior design of the BMW HoloActive is very open and has a living room feel to it. there are speakers within the head rest and each passenger in the car can listen to their own choice of music and films and they will not hear each others. In the back of the car there is a tablet enabled 4k projection screen. 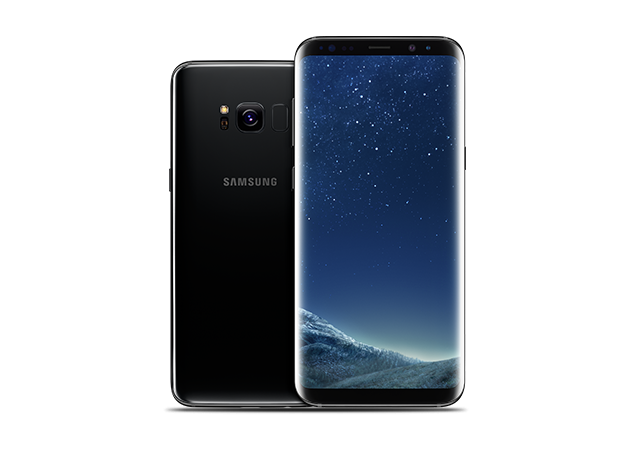 The all new Samsung Galaxy S8 has just been unveiled

So as you may or may not know, Samsung have just unveiled their all new Samsung Galaxy s8. We have heard many leaks recently but they now have the final product ready for you. This is a very strong phone from Samsung.

The first very exciting thing that we are shown about the Samsung Galaxy S8 is the infinity display. While its not all completely screen, it is as close as it can be. It is the ‘biggest and most immersive screen on a Galaxy smartphone of its size’ as said by Samsung themselves. With the S8+ having 6.2-inch curved screen, and the S8 have a 5.8-inch curved screen this is the biggest smartphone screen on the market. However it does not feel unusually large. There is also no longer a physical home button on the front but a virtual one instead. The fingerprint sensor has also been moved to the back and it is located next to the camera. You can also unlock the phone with iris and face scanning.

According to Samsung, the camera on the new S8 and S8+ ‘captures life as it happens’. What this actually means is that it has a 12MP rear camera and an 8MP front camera which are very fast and can capture important moments with no delay. It has the fastest processor to date with a 10nm processor which is fast and increases battery efficiency. You can also expand the memory up to 256GB. With IP68-rated performance you can work through rain and dust. The Samsung Galaxy S8 can be immersed into 1.5 meters of water for up to 30 minutes. With high-quality 32-bit PCM and DSD64/128 playback you can hear music as it is meant to be heard.

The next development on the S8 in comparison to the S7 is the addition of the personal assistant Bixby. Like Apple’s Siri and Google’s Personal Assistant, Bixby understands talk, text and taps. This means that you’re never confined to one method of communication. However you do not even have to talk to Bixby. You are able to show Bixby something i.e. a watch through the camera and Bixby will recognise what it is and search for you. In the instance with the watch, Bixby will take you to Google and show other images of watches or take you to amazon so you’re able to purchase a watch.

Take a look at TechRadar’s review of the all new Samsung Galaxy S8.